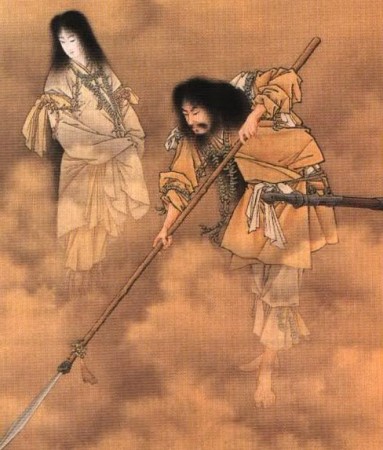 Shinto is the indigenous faith of the people of Japan.In general,Shinto encompasses the ideas, attitudes, and ways of doing things that have become an integral part of the people of Japan for the better part of 2000 years.Shinto does not have a founder, nor does it possess sacred scriptures or texts.On a collective level Shinto is a term which denotes all faiths,on a personal level, Shinto implies faith in the Deity kami, and the earliest known Shrines are those of Ise and Izumo incorporating the spiritual mind of the kami through worship and communion.The ancient people of Japan never divided spiritual and material existence,but considered that both were inseparable,seeing everything in a spiritual sense.In other words,they did not draw a border between a certain object and the work of that object. According to Shinto cosmology, the World is created with the appearance of a single Kami who represents the Universe,next to appear are the Kami of birth and growth. From heaven,a Male Kami and a Female Kami appear who give birth to various Deities,the land of Japan and her nature as well as her people.The Shinto faith begins with a belief in this mythology.Therefore, Shinto does not recognize the difference or discontinuation between kami,nature or human beings.

For more Information:Please refer to: 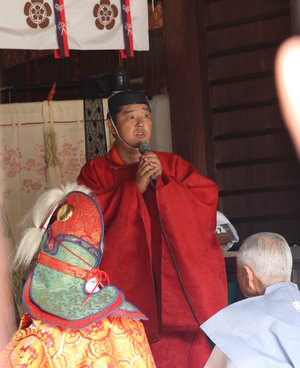 The shrine, who's main Kami are Susanoo and Inadahime, was officially sanctioned by the authorities in the Heian period. The year it was established date back to the 5th year of Engi era,the year 905 during the reign of Emperor Daigo according to Engishiki,collections of laws of Engi era. During Kamakura era,3th year of Jokyu.The year 1221 the main Shrine was built and the name Wakamatsu Todorokihimemikoto Shrine was recorded when former Emperor Gotoba prayed at the Shrine. He is said to have created an Imperial Abode in the young pine (wakamatsu) bushes on the grounds of the Shrine, which he so named. The Wakamatsu Todorokihimemikoto Shrine was the Main Shrine of Osaka Suminoe area and was popularly called Wakamatsu san.

In Shinto, the Emperor of Japan (Tenno) is believed to be a descendant of Amaterasu Omikami (the Sun Goddess) who is enshrined in the Grand Shrine of Ise. Since the founding of the Nation,Tenno himself has conducted Shinto rituals in the Imperial Palace to pray to the deities centering on Amaterasu Omikami for the happiness of the people,for the long continuation of the nation, and for world peace. There are clergymen and women in the shrines of the Imperial Palace who assist Tenno to perform the rites. Tenno performs these rites around 40 times a year. This is perhaps why there are some scholars who call Tenno “the highest priest” of Shinto. 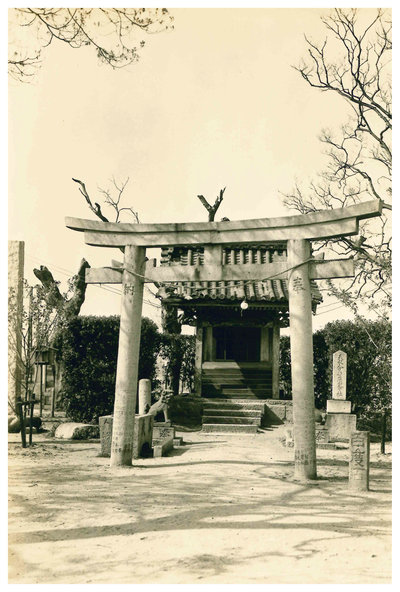 Construction was supported by the Shogunate by Yoshiyuki Kubo 1736-1738. All the The stone pillar erected at this time exist.20 of which 4 are in Osaka city.The material is granite, which is a nearly constant standard. The rectangular column has a height of 96 cm, a side of 24 cm, a middle stone a height 24 cm, a side 42 cm (about, a lower base stone a height 43 cm, one side is 61 cm. 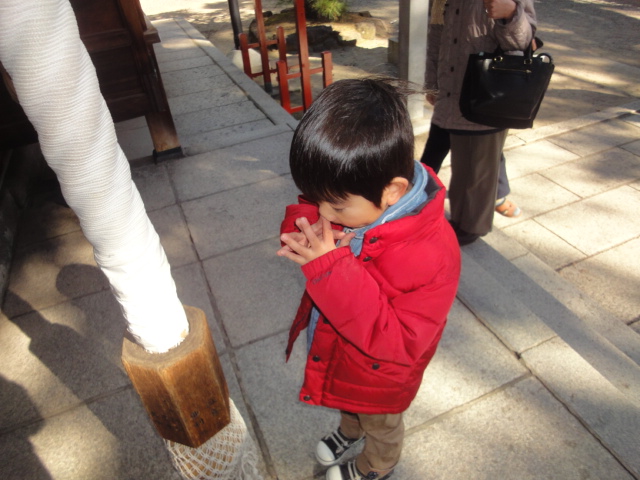 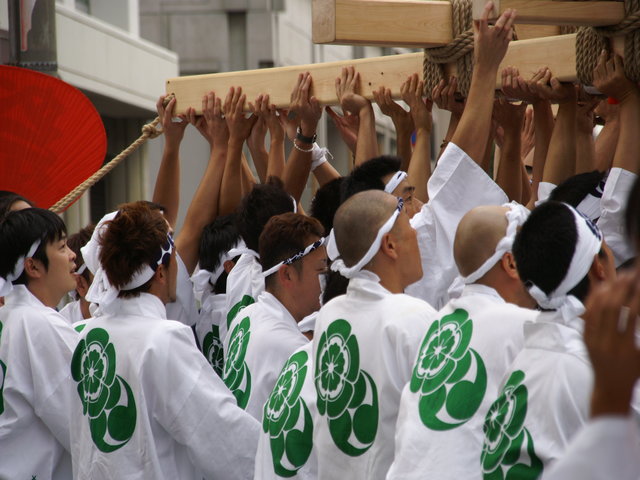 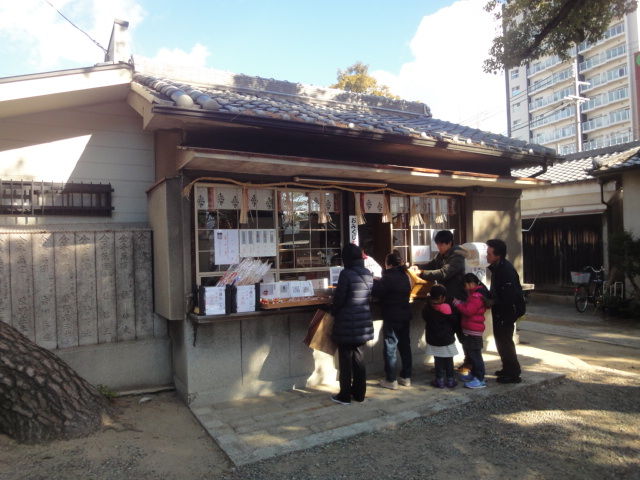 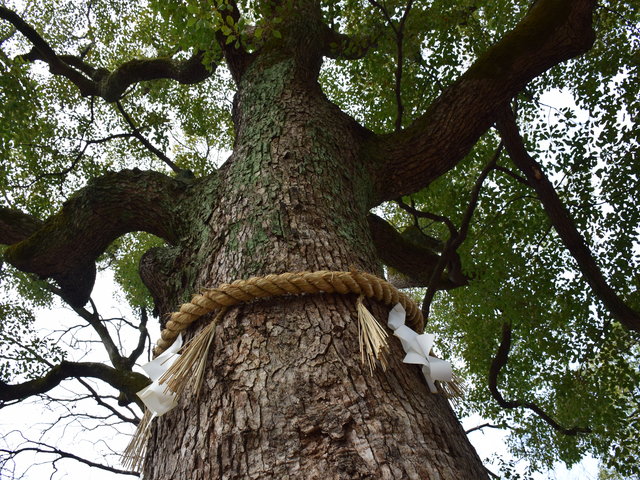 The word Mamori (守り) means protection, with Omamori being the Sonkeigo (honorific) form of the word, "to protect". Originally made from paper or wood, modern amulets are small items usually kept inside a brocade bag and may contain a prayer, religious inscription of invocation.Omamori are available at both Shinto shrines and Buddhist temples with few exceptions and are available for sale, regardless of one's religious affiliation. 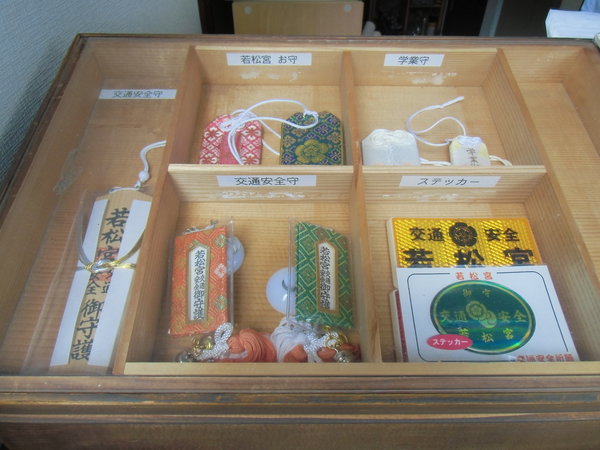 Visiting Hours: Every day from Sunrise To Sunset
Office Hours: Every day from 7:00-17:00
For visitors: It is possible to purchase Omamori
Make Arrangements for prayer:
Main shrine prayer: The prayer is made inside the Main Shrine
Business trip prayer: Visitor group prayer is offered
Personal and property: Safety prayer, new building protection prayer
Home prayer and Household Shrine
In addition for various needs please contact the office

Shrine Visit: How to use the purification Water and Pay one's Respect

Respect to nature, ancestors and each others are very important in Shinto. When one pray to the spirits of Kami, it is not for showing great faith, it is showing great respects.The people of Japan idea of Shinto is not based on faith, but on the respect. That's why people are not allowed to see the spirits of the Kami. Only priest see the spirit of the Kami. At various turning points in an individual Japanese person's life, visits are made to a shrine to pray for divine protection and to give thanks for the deities’ blessings. These rites of passage for the Japanese begin with hatsumiya mode,the ceremony celebrating the first visit of a new born baby to a shrine to be recognized by the local Deity as a new member of the community. The next is a festival called shichi-go-san. Boys at their fifth year, and girls at their third and seventh year, visit a shrine in order to report their healthy growth and to receive divine blessings. Special rites of purification and blessing are also performed at the time a young person reaches his or her maturity The most radiant occasion in life, however, is the marriage ceremony, when the bride and groom exchange ritual toasts of sake in front of the deity and pledge their vows as husband and wife.Rites of purification and prayer are held on many other occasions as well.

Please bow before entering Torii Gate. Inside the Shrine is holly place for enshrined Kami. You have to show the respect for the shrine Kami. The Center Line from Torii Gate and the main approach to the main shrine is called "Sei-chu." Sei-chu is the pass of Kami, so you should walk the side of Torii Gate and Approach. 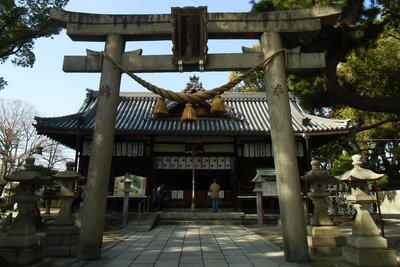 Take off your hat or cap.Throw your coin in to offering box. There is no specific amount of coin you should throw. Heart is important, not the amount. Ring the bell by holding and shaking the rope. And make two deep bowings. Make your wish in your heart. Clap twice. Make one more deep bowing. 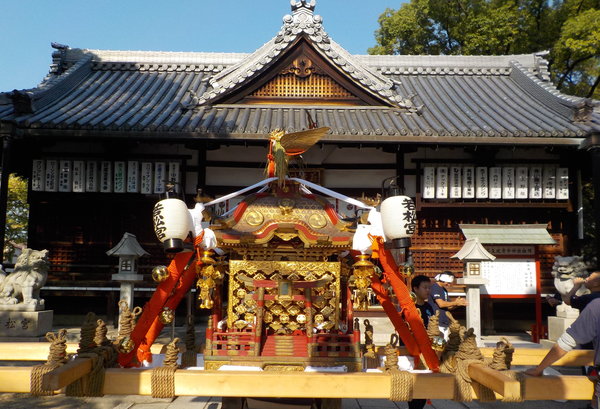 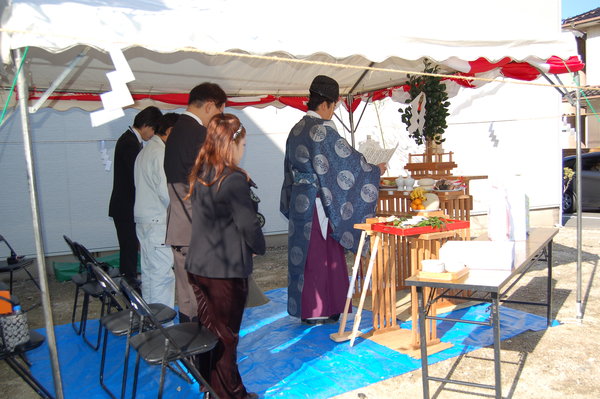 Mikoshi Matsuri: This festival brings the community together for Traditional Shinto worship and camaraderie. From the Shrine peoples bear the Mikoshi on their shoulders it is paraded through the streets as a vehicle of the KAMI to bring good luck to the city and the bearers of the palanquin.

Donto Matsuri: Is a Festival that collects and burn New Year decorations, amulets, Holy ornaments and items, and pray for a yearlong disease free, rich rice harvest, and family safety. 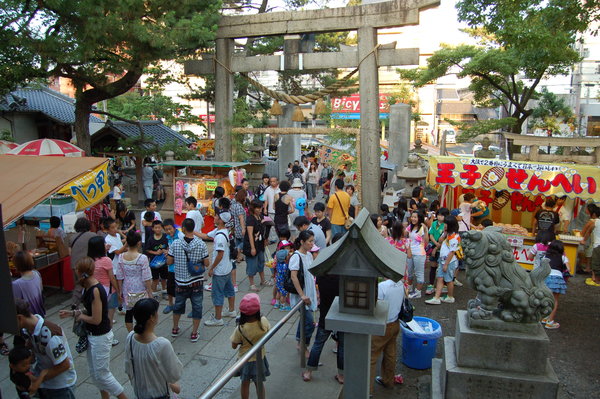 Natsu Matsuri:Summer festivals are celebrated to appease deities in hopes of a disaster-free latter half of the year. However, the meaning of each festival depends greatly on the history of each area. For the priest it is a very important moment in community building. The people gathers at the Shrine eat, socialize and get to know each other.

Setsubun Matsuri:Bean throwing festival held to drive off evil spirits. The next day of Setsubun is Rishun, which means the first day of spring, and is thought to be the beginning of the year according to the lunar calendar.